One of the highlights of the recently completed 44th summer season of Sunriver Music Festival was ‘The Maestro in Action,’ experiencing the two final candidates for Artistic Director, Kelly Kuo and Brett Mitchell, conduct the Festival Orchestra. Concert attendees and musicians were invited to share comments and evaluations after hearing these talented leaders perform.

"This wasn't a competition," explains Executive Director Meagan Iverson. "It was an extraordinary opportunity to see two acclaimed conductors shine and for everyone to be involved in the selection process."

Iverson adds that the Board of Trustees received hundreds of helpful evaluations submitted by patrons and musicians. Here's just a sampling:

"Both conductors were very well prepared and chose thoughtful and interesting programs."

"The board is faced with the luxurious and challenging situation of having two wonderful finalists, each with different strengths. It's comforting that you can't go wrong either way."

"Kelly Kuo's musicality, technique, rapport with the musicians and audience, humility and thoughtfulness, and clear commitment to education are inspiring. I feel fortunate to work with him and it's clear he's a rising star."

"Brett Mitchell is a high-level conductor with very good conducting technique, rehearsal technique, big personality, very good. Keeping interest and energy levels high are Maestro Mitchell's strongest qualities as a conductor, and he has many more."

"Kelly Kuo came to every rehearsal with wonderful musical ideas and collaborated with the featured soloists, orchestral soloists, and the rest of the musicians.  He was a great advocate for us musicians when things got tough, he showed real grace under pressure. He is also an exceptional musician and artist to his core."

"Brett Mitchell is an effective musical leader. His conducting was very clear and did not get in the way of our ability to concentrate. Players were led by someone who understands what conducting is about and who therefore makes our task easier. He is extremely musical, gives excellent cues, is great with the audience and has a very polished approach."

After thoughtful review and intense consideration, the Board is honored to announce the Festival's new Artistic Director, Brett Mitchell. 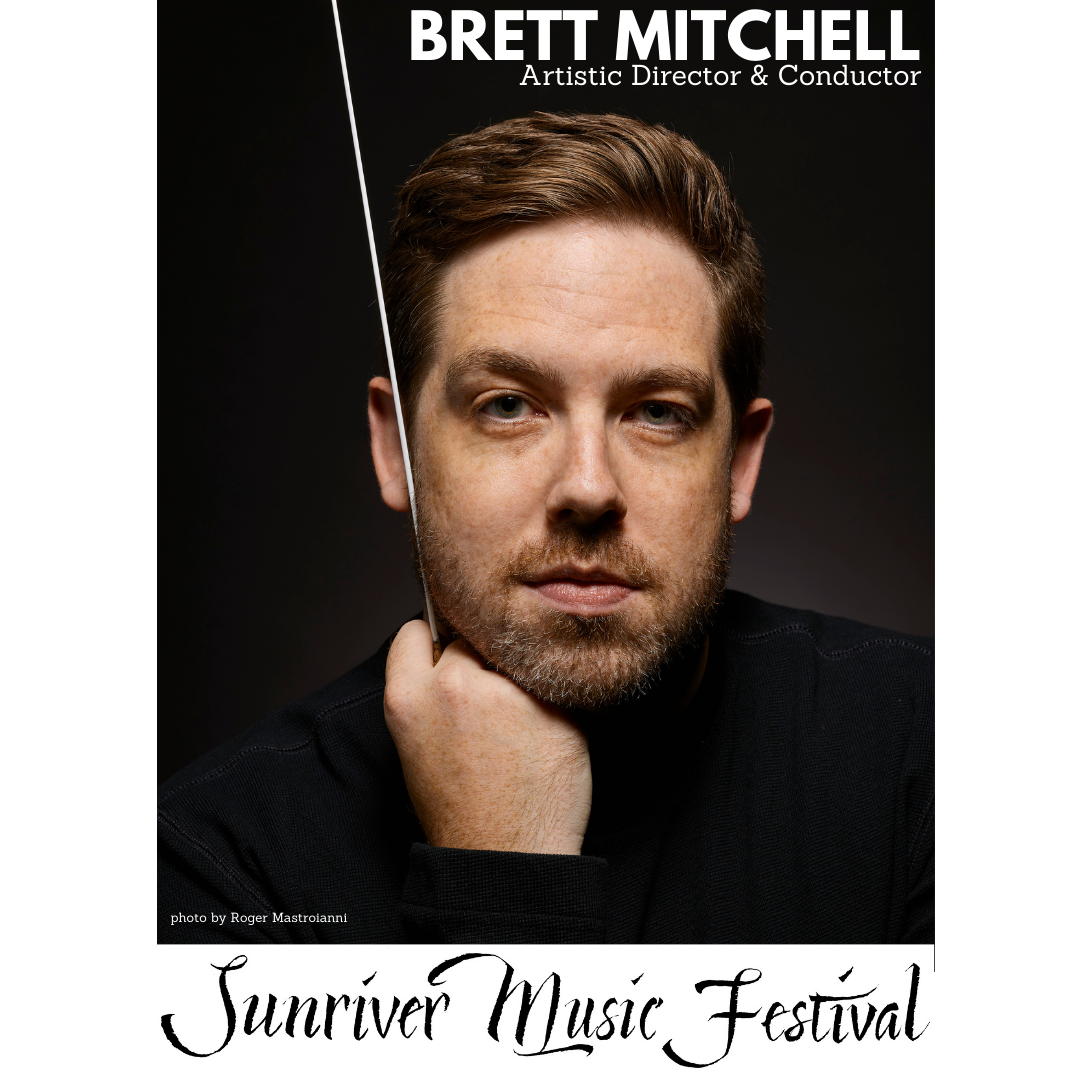 Born in Seattle and currently based in Denver, Mitchell holds degrees in conducting from the University of Texas at Austin and composition from Western Washington University. He served as Music Director of the Colorado Symphony from 2017 to 2021. He previously held conducting positions with The Cleveland Orchestra, Houston Symphony, and Orchestre National de France. He is in constant demand as a guest conductor and has led the principal orchestras of Dallas, Detroit, Fort Worth, Houston, Indianapolis, Milwaukee, and San Francisco to name just a few.

“We don’t name orchestras after conductors. We name them after communities,“ explains Maestro Mitchell. “That’s because festivals reflect their communities. I am thrilled that I will be able to make a contribution to this festival that has been a part of the Central Oregon community for 44 years." Mitchell has accepted a 3-year contract with Sunriver Music Festival which includes a commitment for quarterly visits to the region for ongoing connection with the community and the Festival’s thriving music education programs. 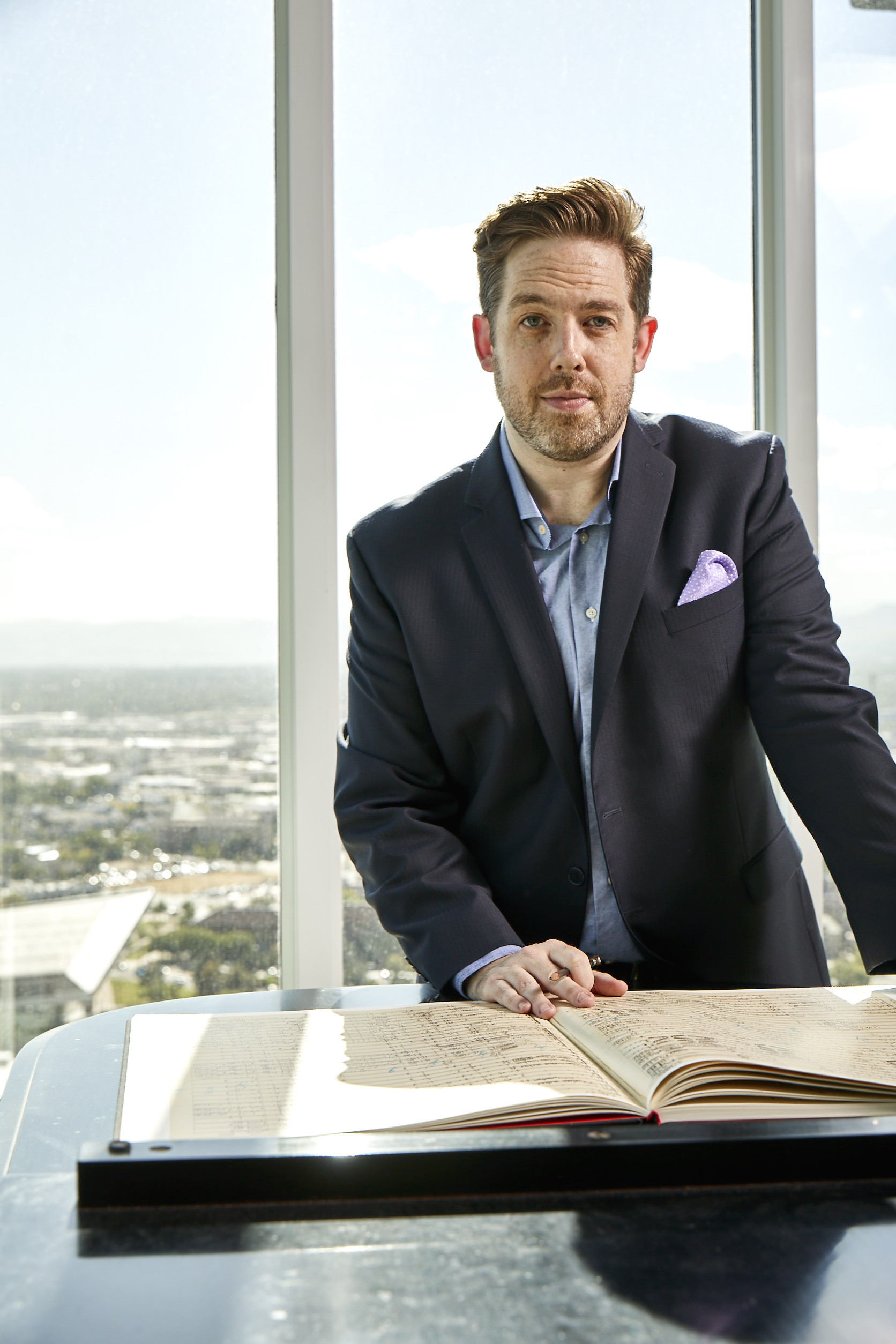 Hailed for presenting engaging, in-depth explorations of thoughtfully curated programs, BRETT MITCHELL served as Music Director of the Colorado Symphony from 2017 to 2021. Throughout his Colorado tenure, he led the orchestra in the majority of its classical performances, as well as a wide variety of special programs featuring such guest artists as Renée Fleming, Yo-Yo Ma, and Itzhak Perlman. He previously held conducting positions with The Cleveland Orchestra, Houston Symphony, and Orchestre National de France.

Born in Seattle in 1979, Mr. Mitchell holds degrees in conducting from the University of Texas at Austin and composition from Western Washington University. His two principal professional mentors were Kurt Masur and Lorin Maazel.

Located in the Sunriver Village Building 13